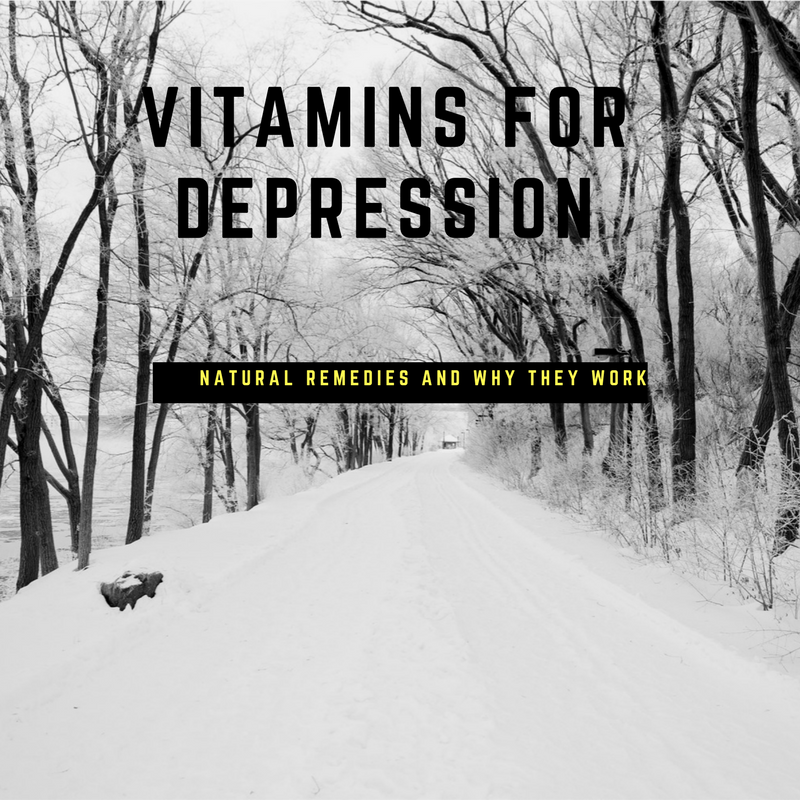 It seems logical to explore vitamins for depression.Vitamins help build the brain and ensure that it’s functioning correctly. Orthomolecular psychiatry is the study of micronutrients and their effect on mental health.

No one really wants to take antidepressants. Many people believe they should be able to feel better on their own or they have concerns about just what these pills may do to them. Antidepressants can cause unpleasant side effects such as weight gain, decreased sex drive, and various other health problems. For women in particular the weight gain can make their depression worse! It makes sense to try vitamins for depression, first, if there are any out there.

If you are uninterested in the biological explanation for why vitamins for depression might be helpful, please scroll down past the next few paragraphs.

Depression has been linked with monamine neurotransmitters such as serotonin and norepinephrine.

This relationship is so complex that researchers are continuously trying to refine their understanding of it.

Vitamins for depression:Dysfunction in the HPA Axis

We know that when we are under stress the brain releases the corticotrophin- releasing hormone (CRH) which stimulates the pituitary gland to release corticotrophins, which stimulate the adrenals to release cortisol.  The hypothalamic pituitary adrenal (HPA) axis is the name of this pathway, and it is theorized that dysfunction in this axis also is related to depression.

Why? Some studies have demonstrated that people with depression have an increase in CRH in spinal fluid and an increase in cortisol in the bloodstream.  ( Betrone 2009).

Vitamins for depression:Homocysteine Hypothesis of Depression 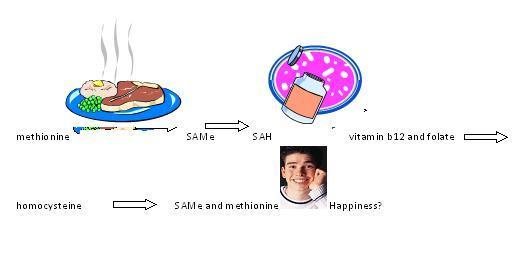 One of the most commonly referred to vitamins for depression is Vitamin D. Vitamin D has an essential function in the brain, although it is not entirely understood. Studies of rats have shown dysfunction in how the brain develops when deprived of Vitamin D in utero. Studies of mice without receptors for Vitamin D show increased anxiety and behavioral problems. Some studies suggest relationships between Vitamin D and mental health. There is some limited animal evidence that Vitamin D plays a role in both the HPA axis and related to dopamine(Betrone 2009).

Sources in our diet of Vitamin D include orange juice,milk, and fortified cereals, meats, fish, eggs, and vitamin supplements. Most people in most parts of the world can achieve the correct levels by spending about fifteen minutes in the sunlight daily( Challem 2009).

Omega 3 ( fish oil)is one of the vitamins for depression with the best research. Omega 3 appears to work on the levels of the neurotransmitters norepinephrine, dopamine, and serotonin. We aren’t sure how. Evidence demonstrates it is useful as an adjunct treatment with antidepressants. Studies have shown omega 3 to help with childhood depression, postpartum depression, and depression during pregnancy. Ask your doctor about omega-three if you are suffering from depression.

Folate is a B vitamin that occurs naturally in food. Folic acid is the synthetic form of folate that is found in supplements. Folate deficiencies are associated with depression. Some studies suggest depressed patients who have folate added to their antidepressant receive more relief in symptoms 2008). If you have depression, it makes sense to ask your doctor about folic acid.

SAMe is not a vitamin but a molecule we produce in the homocysteine hypothesis of depression outlined above. Trials using SAMe in people with Major depressive disorder consistently demonstrate a beneficial effect. Some studies show that when taken along with antidepressants, people are more likely to respond, and some more likely to respond quickly. There are concerns over proper dosage, administration, and the possibility it will induce hypomania(America 2008).

Inositol is another molecule that appears to make the brain’s receptors more sensitive to serotonin. Research has been mixed and inclusive (Sarris 2009).

Amino acids are required to create serotonin, dopamine, and norepinephrine.

L tryptophan is a precursor to serotonin. There are no high-quality studies to demonstrate the relationship between supplements and relief of depression.

One study showed L tryptophan to be superior to placebo and as effective as antidepressants. Other studies have suggested that it can augment the effect of some antidepressants ( meaning that when taken along with an antidepressant, the result is more significant (Sarris 2009).

L tryptophan first becomes 5 HTP before it is converted to serotonin. Studies have shown that some adult patients have improved their depressive symptoms when they have taken 5HTP. Thus, it may be important to consider combining 5 HTP and magnesium, zinc, and vitamin B6 in future studies ( Sarris 2009).

Challem,J. “Be well with vitamin B: B-complex vitamins are essential for myriad physical and mental functions. Find out just how much you need”.Better Nutrition. 2009 June.