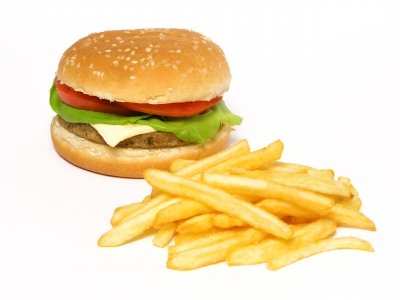 
Did you know low serotonin levels are linked to most forms of depression and anxiety as well as eating disorders and sleep disorders? People who are averse to using medication to help with their depression have sought more
natural ways of altering their chemistry. It’s been theorized that perhaps if we could increase serotonin through diet, we could ameliorate these issues.

We know serotonin is synthesized from an essential amino acid called tryptophan.


One of the reasons it would be great to find foods that increase serotonin is that many people don’t like antidepressants. Antidepressants are among three of the best treatments for depression and anxiety, along with cognitive
behavioral therapy, and self care techniques such as exercise, mindfulness and meditation. In some cases of severe clinical depression, antidepressants are really the best option we have.


One common class of antidepressants, SSRI’s( selective serotonin reuptake inhibiters), work by targeting serotonin. SSRI’S include those you are probably most familiar with : Celexa, Lexapro, Prozac, Luvox, Paxil, and Zoloft.
SSRIs act by inhibiting the re uptake of serotonin after being released in synapses. This serves to increase levels of serotonin. SSRI’s are commonly prescribed by doctors to help my clients with their depression and anxiety.
Tricyclic antidepressants and monoamine oxidase inhibitors, used with less frequency today, have also been found to ( among other things) increase the levels of serotonin.


Many adult women who come to see me in my practice are concerned about taking antidepressants. Primarily because there are side effects that are immediate, but also because they worry about possible unknown long term side
effects. Sometimes they just don’t want to take prescription drugs. They want to know if there are vitamins, minerals or changes in their diets that can help them with their depression and anxiety. They would like to know if
there are foods that increase serotonin.

Amino acids such as tryptophan are found in protein. Some have wondered whether they can ditch the antidepressants

and just eat large amounts of protein, in turn increasing their levels of serotonin in a more natural way. Unfortunately it doesn’t work this way.  Tryptophan found in protein competes with the other amino acids to
get across the blood brain barrier and always loses out to them. So protein is not one of the foods that increase serotonin.

So what ARE THE foods that increase serotonin, and why can”t we use them to help us with depression and anxiety?


Many of us actually do try to use foods that increase serotonin to regulate our moods. Ever heard of a carb craving? My children and adults who suffer from depression or mood disorders often hoard, gorge, and binge on carbs and
sugar.  It has been theorized that it could be our body’s natural way of telling us we need more serotonin. When carbs are eaten in large quantities insulin is secreted. The insulin somehow clears the other amino acids out
that are competing with the tryptophan. The tryptophan is absorbed and that seems to provide an instant boost in serotonin.

But That Wont Work, Will it?!!


No. Unfortunately this is not an effective strategy, anyone who has binged on carbs knows that the fix is temporary and the price is steep. Weight gain, energy fluctuations and unhealthy eating cycles that can even result in
carb addiction.

I’m all for not trusting western medicine and pharmaceutical companies. Unfortunately there just isn’t a clear cut way to manipulate your serotonin levels through your diet.


Tryptophan supplements were banned by the FDA in 1989 after complications were found in people who were taking them. An alternative is
5 HTP .


If you are interested in more information about diet and serotonin, Dr Judith Wurtman has written extensively about it and has developed what she calls “The Serotonin Diet”. She is a Research Scientist at MIT, and the founder
and director of Harvard University’s TRIAD Weight Management Center.